NASA’s Perseverance Pays Off Back Home 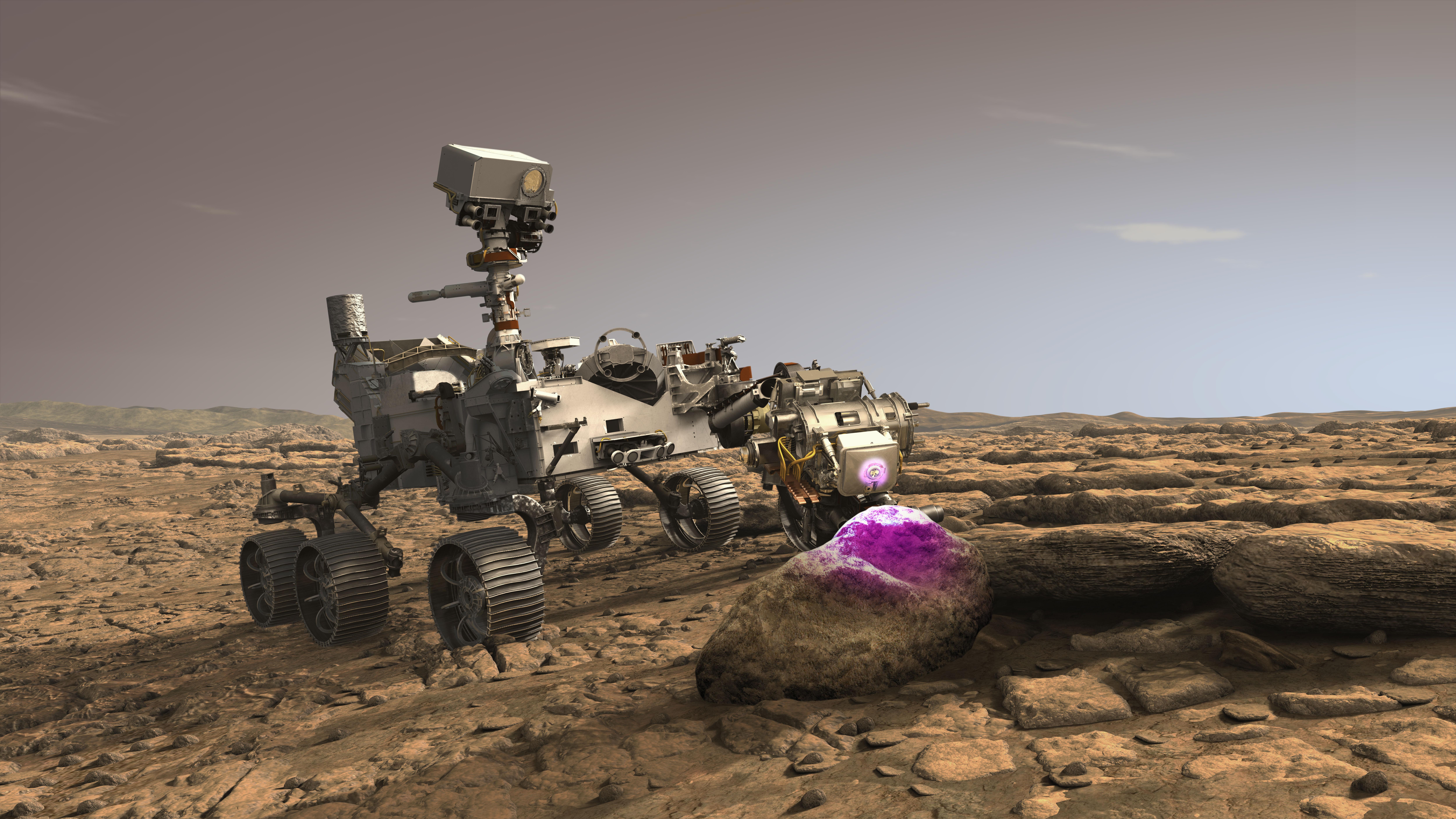 The camera components are off-the-shelf models, but the circuit board that manages their interface and power was designed by JPL. It was then built by San Francisco-based Tempo Automation. Founded in 2013, just after NASA announced the Mars 2020 mission, Tempo used the work to improve its manufacturing processes.

As its name suggests, Tempo Automation’s focus is rapid, automated production of printed circuit boards, even in small batches. One set of tools the company offers to that end is the process for making every component “traceable,” to keep track of who touched it and what was done to it at each point in the board production process, as well as which component lot the piece came from. This information makes it easier to zero in on the cause of a problem and see what other boards might have been affected, said Tempo cofounder Shashank Samala.

To meet JPL’s stringent documentation requirements, Tempo added X-ray images, ionic cleanliness data, and data from an automated optical inspection for every component, all of which is now part of the company’s standard procedure.

A tool unique to Tempo is what it calls fabrication simulation – software that translates a computer-aided design (CAD) model into a photorealistic representation of what the final board will look like. A team was prototyping the tool when the JPL work began in early 2018, and that work helped them complete it, said Samala. It debuted the following year.

The simulation lets customers check their designs for any issues or flaws before production begins, he said. “A simple mistake can cost a lot of money and time.”

While it was conceived to help customers finalize their designs, the company discovered that it was useful in-house as well. The manufacturing process can result in discrepancies between the original CAD model and the final product, Samala explained. The simulation “serves as a source of truth on the factory floor, to communicate the designer’s intent. The first thing we look at is the simulation.”

He said delivering a product that met NASA standards has helped the company get into several other space systems, including satellites and rockets.

Meanwhile, Chris Basset, who designed the circuit board at JPL, looks forward to the moment the camera footage is beamed back from Mars after Perseverance’s landing Feb. 18, 2021. “This is so far outside of what we usually do that it’s super-exciting,” he said. “I can’t wait to see those images.”

Another technology whose roots reach far back into NASA’s Mars Exploration Program is also flying for the first time on Perseverance and has many potential applications here on Earth.

When two longtime colleagues founded Photon Systems in 1997, research showed incredible promise for spectrometers – devices that use light to determine a sample’s composition – operating at deep-ultraviolet (UV) wavelengths. These had the potential to identify a bacteria or detect even the slightest chemical traces. But sources for light in the 220- to 250-nanometer range were too large, heavy, and sensitive to environmental interference, and had many other issues.

William Hug and Ray Reid set out to develop a miniature, lightweight, rugged deep-UV laser source for spectroscopy in the field. Their first outside investment came in 1998 from a pair of SBIR contracts with JPL, which was interested in a spectrometer that could detect nucleic and amino acids, organic materials that are foundational to all known life. Since then, the Covina, California-based company has received a number of NASA SBIRs, mostly with JPL, as well as funding from NASA programs aimed at developing instruments for planetary and astrobiology science.

Now the space agency will get the first big returns on its long investment in the technology: Perseverance is equipped with the Scanning Habitable Environments with Raman and Luminescence for Organics and Chemicals (SHERLOC) instrument, which uses a Photon Systems laser to spot previously invisible clues in its search for signs of past life on Mars.

While the team doesn’t expect to find bacteria on Mars, organics that exist in the near surface can be identified using SHERLOC. On Earth, the same technology can be used to identify organics for a variety of other purposes.

Deep-UV photons interact strongly with many materials, especially ones containing organic molecules. This results in higher detection sensitivity and greater accuracy when compared with infrared or even visible-light laser sources.

Deep-UV spectroscopy has been done in research labs, but Hug and Reid came up with a construction that was far smaller, simpler, and cheaper to build than any existing alternative. “Deep-UV lasers start at $100,000. That’s why they’re not used in industry,” Hug said, noting that laboratory instruments using the technology might take up three laboratory tables and take a month to set up.

One major challenge has been the level of perfection the technology requires. The same sensitivities that enable tiny, high-energy wavelengths to detect even a virus make them vulnerable to the slightest defects. A microscopic imperfection in a lens or other surface can disrupt or scatter them, and Hug said it has taken advances across multiple industries to meet the necessary standards.

Photon Systems focuses on two types of spectroscopy where deep-UV laser sources provide major advantages over longstanding spectrometer technology, and SHERLOC will use both. Fluorescence spectroscopy observes the light that most organic and many inorganic materials emit when excited by certain ultraviolet wavelengths, just like detergent glowing under a black light. Each emits a distinct spectral “fingerprint.”

Raman spectroscopy, on the other hand, observes the light that a molecule scatters, some of which will shift to different wavelengths due to interaction with molecular bond vibrations within the sample. These shifts in wavelength can be used to identify the materials in a sample. The higher-energy photons of UV light elicit a much stronger Raman scattering signal from organic molecules than lower-frequency light. And because deep-UV light isn’t present in natural fluorescence or in sunlight, using these very short wavelengths eliminates sources of interference.

In recent years, the company has started developing the technology into products, including handheld sensors and devices that monitor personal exposure to contaminants, as well as lab equipment. Their biggest markets now are in the pharmaceutical, food processing, and wastewater treatment industries, said Hug. Deep UV can identify and measure certain compounds at much lower concentrations than any other method, offering unprecedented precision in quality control, whether measuring the active ingredients in pharmaceuticals or ensuring the cleanliness of machinery and facilities.

An application the military has invested in is identifying bacteria and viruses. Figuring out which bacteria are present in a wound, for example, would help pinpoint the right antibiotic to treat it, rather than using broad-spectrum antibiotics that risk causing drug resistance.

And rapid, affordable deep-UV spectroscopy holds promise for medical research, from diagnostics to identifying proteins, peptides, and other biological material.

“NASA has been a constant companion in our journey to date, and the laser is only part of the story,” said Hug. “It’s also the deep-UV Raman and fluorescence instruments we built for NASA and the Department of Defense over the years that are now providing breakthroughs for pharma, wastewater, and water quality in general, and now clinical testing for viruses.”

On Mars, SHERLOC will look for organic materials and analyze the minerals surrounding any possible signs of life so researchers can understand their context, said Luther Beegle, principal investigator for SHERLOC at JPL. This will provide more details about the history of Mars and also help to identify samples for return to Earth. The instrument, which also includes a camera capable of microscopic imaging, will be able to map a rock’s mineral and organic composition in high detail, providing lots of important data.

“We’re going to make a brand-spanking-new measurement on Mars,” Beegle said. “This is something that’s never even been attempted before. We think we’re really going to move the needle on Mars science and find some great samples to bring back.”

NASA has a long history of transferring technology to the private sector. The agency’s Spinoff publication profiles NASA technologies that have transformed into commercial products and services, demonstrating the broader benefits of America’s investment in its space program. Spinoff is a publication of the Technology Transfer program in NASA’s Space Technology Mission Directorate.

For more information on how NASA brings space technology down to Earth, visit:

Renters – Pretend You Own It