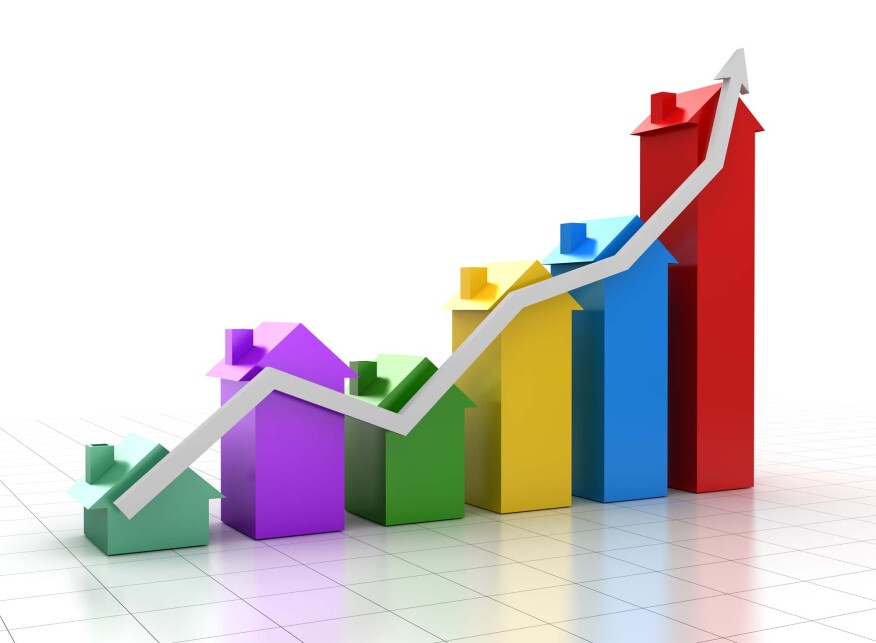 Carl Reichardt has been involved in the housing industry for over 25 years, getting his start at The Fieldstone Co., a large private home builder in Southern California, before moving on to various roles covering the publicly traded home builders as a research analyst. He is currently the lead home building analyst at BTIG, a boutique research firm based in San Francisco. As one of the few analysts on Wall Street with actual industry experience, Reichardt brings a unique perspective to his research, and the two of us recently spoke about his thoughts on the housing industry as we head into the new year.

Mackintosh: If you listened to a lot of the earnings calls this past quarter, several CEOs said this is the best housing market of their careers. As someone who’s been in the industry for 25-plus years, would you agree with that assessment?

Reichardt: The national data (for new-home sales) as reported by Census was substantially higher in the 2004–05 period, but, on a short-term basis, there are some indicators that would say it is the best of times. The monthly new-home sales data in August showed the fastest year-over-year growth rates for any August ever. And July and October were the second fastest-growing July and October ever. This data is volatile and subject to revision, but measured by growth rate, especially off of last year’s strength, and adding the backdrop that we probably don’t have an excessively aggressive mortgage finance environment this time compared with ’04-’05, you’d have to say the potency of growth here is remarkable. And so I’d characterize this as the most positive I’ve heard the builders in a very long time.

Mackintosh: I agree. What do you think is driving this current positive environment for the industry?

Reichardt: One, rates are at record lows. Two is what we call the reaction to the wartime economy, the home as fortress. There’s increased value in the idea of the single-family detached home in the mind of the consumer, because suddenly the home offers protection from an enemy, which is COVID-19. And we think that’s been really important to demand and to pricing. Connected to that is the idea that white-collar workers can do their jobs from home. So there’s additional value we can ascribe to a home as a workspace, which consumers will pay for. Three, we think, is demographics. We wrote several years ago that the millennial demand wave was not so much pent up as it was stretched out, meaning that it would be time released into the marketplace. It wasn’t all going to hit at once. That’s what we’re seeing now, with more movement over the past few years toward marriage and childbirth. Fourth is inventory. The existing housing market inventory is ludicrously thin. We like to look at it on a 12-month moving average basis, and, on that basis, existing home inventories are down almost 60% from their peak in units. We’re down nearly 2.5 million units—that’s a huge number. So you add all those things up, and those are a pretty positive set of drivers, the combination of which we have never seen before.

Mackintosh: So how do you see 2021 playing out?

Reichardt: So we’re not unique in this regard, but there will probably be some continued order momentum into the spring. We’re a little concerned about the summer and fall. Wall Street cares a lot about order comparisons, year-to-year unit order growth. And it’s hard to grow fast a year after you’ve had such huge growth. We think that could be an issue for the public builders, in terms of how their stocks trade in the short run.

We have to anticipate that we’ll see what we call a “vaccination self-gratification rotation,” which means consumers shift their expenditure set away from housing and saving and toward more hedonistic pursuits, like new clothes, travel, eating out, and larger social gatherings. They’ll do the things they have been restricted from doing for the past 10 months or so, and we think that’s coming in 2021 at some point.

But the underlying health of the housing market demand wise, we suspect, is still going to be pretty good. Because you’re still likely to have low inventories, you’re still likely to have positive demographic support. The economy should improve. We think rates won’t be crazy, but they’ll come off the bottom. So we believe there’s still support for good demand overall.

Mackintosh: Do you think there’s going to be a long tail to the impact that COVID-19 is having on the industry, or do you think we’re going to revert back to business as usual once the vaccine is widely distributed and COVID recedes as an existential threat?

Reichardt: We feel confident that some element of work-from-home is here to stay. And that is beneficial to new single-family detached demand, because builders can build those spaces in. Connectivity via technology is likely to be a more permanent condition for more middle-class folks in America than it was previously, so there will be more people who work from home more often than there were previously. And builders are in a great position to capitalize on that with new product that suits those consumers.

We’re less confident about what long-tail impact COVID has on the industry’s biggest problem over the past 10 years, which is the labor pool. As we’ve argued many times in the past, the big difference this entire upcycle since 2011 has been the slow reemergence of the labor pool after so much destruction during the 2005-11 downturn. We wonder whether we will be able to attract more folks to the construction market to solve some of the shortage and cost issues that we have had. It’s interesting that anecdotally, fewer builders in the past few months are complaining about a shortage of labor than those who complained right after the pandemic started.

Mackintosh: What do you think is the biggest area of opportunity as an industry that would cause the stocks to trade higher at higher valuations, or just to be perceived in a better light by investors?

Reichardt: We think it really comes down to the companies losing their reputation as boom-bust land speculators and gaining a reputation as efficient manufacturers of homes. The way that shows up numerically is in the cash flow statement, where historically many public builders used to generate significant negative operating cash flow as they grew their land books. They were adding to lot inventory at a faster clip than they were selling it, and recycling every dollar in cash they generated back into land, with leverage. That had been a real barrier to some investors looking at home builders because that’s not what typically long-term investable consumer or industrial companies do. Cash flow goes up when business is good. Inventory turns go up. Returns go up. Leverage goes down.

But now we have business models where at least a few companies, and hopefully more, are choosing to grow in a more measured way so they generate positive operating cash flow consistently, even when their business is still expanding at a healthy but more sustainable clip. And we think that is a very positive model for the health of the companies, and, ultimately, for equity holders.

Mackintosh: So with that all said, and within that framework, which builders do you think are best positioned to be able to rerate higher?

Reichardt: D.R. Horton, Lennar, and Meritage are the three whose business models combined with their current valuations are most attractive to us. Also NVR, whose business model is the industry’s holy grail in many respects, but forgoing current valuation, because we’re not recommending that stock at this time. It’s valuation that prevents us from recommending it now. We also like Taylor Morrison. We think the company is beginning a journey toward becoming a more efficient manufacturer, but the shares are cheap and many investors are not yet cognizant of the potential.

And we could see other companies moving in this direction over time, too, if they can make that transition from a land speculator to a manufacturer, and become more efficient turning assets. We believe that transition is really good for rerating. So if we hear and see companies making that transition while the stocks trade at low valuations on a relative basis, then we’re likely to view that positively.

Mackintosh: Do you expect there to be M&A activity in the new year? Either public to public, or maybe a big private being taken out by a public?

Reichardt: We know that one of the challenges for builders is a shortage of land. That would on its face encourage some M&A activity as big builders look to buy builders who are long land and who want to sell. But the acquirers are buying sellers largely for their assets, not their businesses. That can make price agreement very difficult. And so it will come down to a CEO making the decision that it’s time to move on and the best way to enhance shareholder value is to sell, despite how good the market is.

We don’t see a lot of CEOs or builders in that position currently. We also think that many of the largest companies with the highest valuations, the natural acquirers for the most part, have the land that they need. Or they operate business models that aren’t necessarily compatible with other builders they could buy, whether that’s the kind of land they own, where it is, or how they run their businesses, which, again, makes achieving a price that’s acceptable to both parties harder.

I’m sure there are some private builders, largely controlled by founders who are ready to move on and retire, who will find willing suitors. Those companies tend to be smaller, so they’re not needle movers for the large publics necessarily. They might be tuck-ins, or provide new market entry. So often, though, while M&A can make a lot of sense on paper, it can be hard work to make it make sense in practice. There may be a few deals here and there, but not some kind of fast-moving consolidation wave.